WiFi Logger v2
We’re delighted to announce the launch of a data logger for all Davis Vue and VP2/Envoy consoles that interfaces to PCs & other computers via your WiFi network and also uploads directly to Internet weather networks.
£149.00
Add to Cart 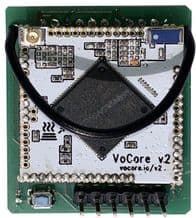 Meteobridge Nano SD
This is a great new member of the MeteoBridge family which includes all of the standard Meteobridge software features in a logger-sized module AND includes WiFi communication with your domestic or office WiFi network. The new Nano SD comes with 2GB industrial SD card.
£279.00
Add to Cart

Can't find what you're looking for? Search Here or get in Touch!